If you hadn't noticed, teenagers are in an overactive state of emotion most of the time. It doesn't take much to bring them to the point of exasperation. They can only take so much pressure before they shut down or act out of frustration or anger instead of clear or right thinking. Sometimes they're provoked to the point of putting up walls of protection around themselves. 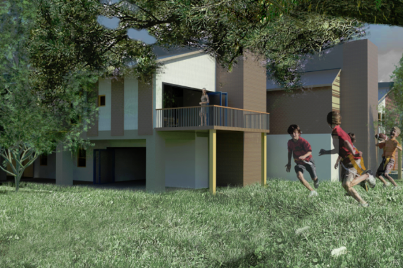 We need your help to fund Safe homes for children rescued from sex trafficking, visit
http://www.childabuse.com/safe_harbourage.html
Posted by Prevent child abuse &; Family Violence at 4:31 AM

Some young people today live in a world that goes "over the edge." The "edge" of pain doesn't stop them in their pursuit of eliminating boredom and creating excitement. Piercing, branding, cutting, tattoos, cosmetic surgery, reality shows, and expressive and permissive movies are now a part of the culture. Some say that kids are more "daring" and "extreme." I say they're numb and dissatisfied and pain is a way for some to remind themselves that they're still alive, a comment I hear from a number of cutters. Sadly, finding a kid who "cuts" (a form of self harm) is pretty common today. A topic that 20 years was unheard of on the radio or in Christian social circles is the focus of many discussions among parents and commonplace among teens.
read more >> http://www.childabuse.com/authors/marks_corner/teen_cutting_thing.html
Posted by Prevent child abuse &; Family Violence at 12:59 AM

To love the hundreds of thousands of abandoned children and orphans in China, while using our gifting's in medicine and education as tools to reaching those in need.

read more and take action to help those in need:
http://www.childabuse.com/authors/givingbacklife.html

We will be hand-delivering cards (that you make & design!) to orphanage children and children in rural elementary schools, in the province of GuangXi during this years National Children's Day. Click here to find out how. Help us spread the word, as we need hundreds of cards made!

read more and take action to help those in need:
http://www.childabuse.com/authors/givingbacklife.html

Orphans in China will be celebrating their biggest and most important holiday, National Children's Day, on June 1, 2014. National Children's Day is considered one of the biggest celebrations in China, especially within the rural villages. The children at the Yu-Lin orphanage have lived a difficult life, so this day is a day to show them that there are people from across the world who care and love them!

read more and take action to help those in need:
http://www.childabuse.com/authors/givingbacklife.html
Posted by Prevent child abuse &; Family Violence at 11:39 PM

Recently, on our Parenting Today's Teens radio program, my guest and good friend, Dr. Melody Rhode commented that the death of a child is such a catastrophic experience in the life of parents; it leads 90% of those marriages to fail. A shocking statistic, isn't it?
In my years of working with thousands of struggling teens and their parents, I've learned that parents of troubled teens experience a similar sense of grief and loss, and also a profound sense of betrayal from their teen. Perhaps their teen has run away or otherwise has totally abandoned the family and everything they hold dear. To these parents it may seem as though a death has occurred, and as such, it similarly puts a great deal of stress on their marriage.

When a teenager's behavior is way out of line, when he or she crosses established boundaries and offends us and makes us angry, it is easy to think he or she doesn't deserve grace. But that may be exactly the right time to give it.
Grace � given at just the right moment has the power to change the direction of any struggle, and may ultimately bring it to an end. Grace can bring healing, restoration, and redirect your teen's path.
A biblical definition of grace is this: God's undeserved favor and forgiveness when we've chosen the unforgivable. In human terms, grace is an act of kindness, love, and forgiveness in the face of bad behavior or poor choices. For your teen, it can even extend to outright rebellion and rotten attitudes.

It's been said that men are from Mars and women are from Venus. And teens? Well, they seem to be from a completely different universe! Sure, teenagers look human, but the way they speak, the way they dress, and the things they value all seem to point to an origin in a galaxy far, far away.
But maybe I exaggerate. Just because some elements of the new teen culture are alien to us, doesn't mean our kids are from another dimension (even though it can seem that way). Let's face it; the world that our sons and daughters are growing up in is far different than the one in which we were raised. When we wrote a school paper, we had to travel to a place called "the library." Students now have the all the information they need at their fingertips, just by visiting Google. Our TVs carried three stations. Today, teens have access to a thousand different programs, not only on TV, but also on their computers and phones. I grew up respecting coaches, police, clergy, and those in authority. Our teens live in a culture where the flaws and mistakes of those in charge have left them questioning their leaders.

Prevent child abuse &; Family Violence
anchorage, alaska, United States
In every town, city, and state; every home, shelter, and in back alleys children are abused everyday. Before you finish reading this profile a child will be abused, a child dies every 30 minutes at the hands of his mother, father, or caretaker.

Those who dare to care